Here the simple slice of nature extends to form a harmonic whole. With its exotic tropical beauty and tranquil hospitality, this getaway is the perfect place to enjoy relaxation and rejuvenation of the mind, body, and soul.

Abad Harmonia, located at Chowara, 6-km south of Vizhinjam, Kovalam, offers tastefully designed cottages and rooms which exudes warmth of its own. Here the simple slice of nature extends to form a harmonic whole. With its exotic tropical beauty and tranquil hospitality, this getaway is the perfect place to enjoy relaxation and rejuvenation of the mind, body, and soul. 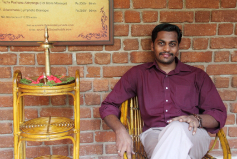 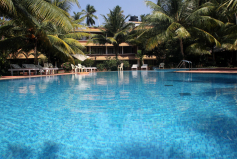 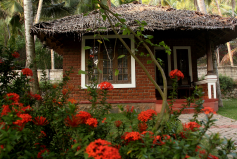 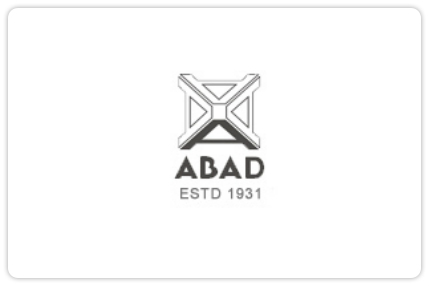 The ABAD group is a family-run, professionally managed enterprise, established in 1931, but its roots in Cochin can be traced two centuries back.

ABAD Group is a multi-sector business house, with interests in Seafood export, Hospitality, Real estate development, Property management and Retail services. The ABAD group is a family-run, professionally managed enterprise, which can trace its roots in Cochin two centuries back when Mohammed Kasim Allana and Mohammed Hashim Allana came to Mattancherry from Rann of Kutch, Gujarat. That was 1894, and the brothers found their niche in the business of exporting dried shrimps.

The history of the Kutchi community in Cochin, which migrated from the Rann of Kutch in Gujarat, reads like a handbook on beating the odds. The community has triumphed over many an adversity: its past is peppered with memories of the ravages wreaked by Nature's fury in its homeland, its exodus seeking a new beginning, the spirit of entrepreneurship that drives the community to seek out and build successful business ventures… above all, this community, whose middle name may as well be spelt as 'hardworking', are united by the ties that bind: the family bonds are as intensely strong now as they were years ago.

One of the foremost examples of a family that is united by its roots is the Abad group: family members can trace from memory the clan's history dating back to at least two centuries. However, the Abad group also stands apart from the rest of the community in that it has translated the intensity and purity of its family ties into its business ventures, too. Needless to say, the group's contributions have played a significant role in the evolution of Cochin as an emerging metro.

Years ago, in the Rann of Kutch, the family lived by horse trading: the main points of concern of the brothers, Mohammed Kasim Allana and Mohammed Hashim Allana, were the attractiveness of horses and their intrinsic value. However, the earthquake of June 1819 changed all that. Along with thousands of others, the brothers too set sail for foreign shores where they could start all over again.

Their journey brought them to Mattancherry, then famed for its trade in pepper, spices and copra. The brothers found that there was a huge opportunity in the business of exporting dried shrimps. They started out by drying out various types of shrimps in the sun; once dried, the shrimps were packed into sacks and beaten. This process helped shell the shrimp: what was left was the golden body and tail of the shrimp. If the drying was good, these shelled shrimp had a longer shelf life, too.

Mohammed Kasim Allana found a new market in Burma for these sun-dried shrimp, already a popular food in Cochin. When the business first took off, workers had to carry loads of the product on their heads to waiting canoes, which then took the products to the ship in harbour. The venture that started in 1894 also earned the family the honour of being the city's first seafood exporters. The business soon expanded to places like Hong Kong and Singapore.

In the throes of the Second World War, the going got tough for the export company which had to deal with unforeseen troubles. One shipload of produce was bombed at sea; other troubles followed. However, ABAD Fisheries outlived the problems. The next generation—Hashim Usman Sait, Ahmed Usman Sait and Zackeria Usman Sait—took the company to newer heights with their acquired business acumen and futuristic vision.

The export of canned seafood began in 1957; this also paved the way for the entry of major can manufacturers like Metal Box and Poysha into the city. However, the company had to halt canning because of high manufacturing costs and export problems; this move also affected the can manufacturers badly. ABAD Fisheries was the first company in the country to introduce individual quick freezing (IQF) of shrimp. Joint ventures with foreign companies helped ABAD Fisheries incorporate improved technologies and also diversify its range of products. Soon, ABAD became the first seafood exporter to meet the strict quality certification needs of the European Union.

The fourth generation took over the reins of the business and the group began to diversify into newer pastures. The first step in this direction was the setting up of the ABAD Hotel at Chullickal, Cochin, in 1982. That was followed four years later by the grandiose ABAD Plaza on M G Road; then came ABAD Atrium, ABAD Airport Hotel and Resorts in places of tourist interest.

ABAD Builders' first project was a six-storied apartment complex with 12 flats built in 15 cents on P T Usha Road,Ernakulam. The flats were then sold for Rs. 600 per square foot! ABAD Builders, established in 1995, has since completed 17 projects, including the first mall in the city — Bay Pride Mall. Six projects are under construction now, including Platinum Heights at the Emirates City in Ajman, UAE. The vibrant leadership of the group—Anwar Hashim, Riaz Ahmed and Dr Najeeb Zackeria—emphasize that even today, the group's focus is on quality and trust in all its ventures.

Your kitchen is pharmacy