Narendranath is the guardian of a dying heritage. At his tiny shop in Fort Cochin, shrunken in the course of time with the dwindling number of visitors, he reigns as the devoted practitioner of an age-old system of medicine, a rich and valuable legacy left with him by his forefathers. The shelves are filled with dried herbs, roots, seeds, barks and various other plant products which goes into the making of Ayurvedic medicines. People visit Narendranath's store with the prescription by a vaidyan (traditional practitioner of the Ayurvedic system of medicine) and he gives them the required ingredients in the right proportions for making the medicines. Traditionally, the prescription by a vaidyan is like a formula, listing the ingredients for a medical preparation in the required quantities, along with the method of preparation. After buying the ingredients, the patients make the medicines at home. 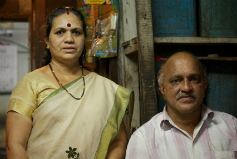 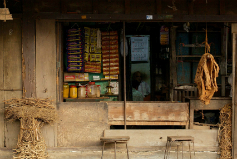 THE GUARDIAN OF A DYING HERITAGE
STYLE to experience 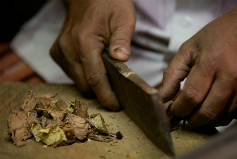 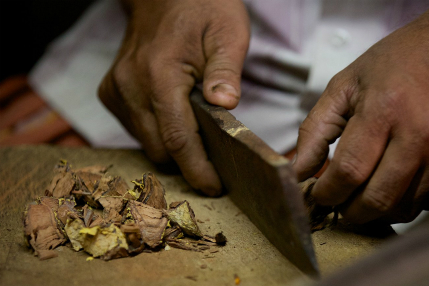 If you visit Naredranath during monsoon season, you will be able to taste his ‘Karkadaka Kanji’. Karkadakam is the time when the monsoons reach their peak. It is the last month of the Malayalam calendar. Kanji means ‘gruel’.

If you visit Naredranath during monsoon season, you will be able to taste his 'Karkadaka Kanji'. What is it?

Karkadakam is the time when the monsoons reach their peak. It is the last month of the Malayalam calendar, and falls between mid July and mid August. It is also a time when diseases abound, and for this very reason Karakadakam is the month that has been identified for the preventive treatments and rejuvenation therapies of Ayurveda. In Kerala, where the most authentic form of Ayurveda has been practiced for thousands of years, one of the highlights of the preventive therapies is 'Karkadaka Kanji' a type of gruel that is made from a special type of medicinal rice and specific herbs.

anji means 'gruel' and the main ingredient of 'Karkadaka Kanji' is special type of rice known as Njavara rice. It is a unique variety found only in Kerala and is widely acclaimed for its medicinal properties. Documents show that it has been cultivated in Kerala for about 2500 years. Njavara rice has short growth duration, and its major uses are in Ayurveda. In addition to Karakadaka Kanji, Njavara rice is used in the 'kizhi'or poultices of Panchakarma therapy, and also for the procedure known as Navaratheppu the two major treatments in Ayurveda for conditions such as arthritis, paralysis and neurological disorders.

According to Ayurvedic texts, kanji in general cures thirst, hunger, fatigue, general weakness, stimulates the appetite and promotes digestion. It is helps in curing all the diseases which originate from the abdomen, including fever. It also helps in facilitating bowel movements. While Kanji in general is endowed with such qualities, Karkadaka Kanji does all this and more to ensure good health and immunity. So as the rain comes down in torrents rejuvenate yourself with a steaming hot bowl of Karikadaka Kanji - and feel the energy flow!

For half a cup of Njavara rice you will need 1 teaspoon each of the following herbs - Peppergrass Fenugreek, Cardamom, Cumin, Coriander seeds, Aniseed, Dry Ginger, Black Cumin, Nutmeg, Cloves, Curcuma Longa, Cardiyospermum Halikakabam, Boerrhavia diffusa or Hog Weed, Sida rhombifolia roots, Strobilanthes ciliatus, Puthirichundu, Changlam piranda and Caraway seeds. You will also need 2 tablespoons green gram, 2 tablespoons broken wheat, 1/2 cup fresh milk and 1/2 cup coconut milk. Finally, 1 tablespoon ghee 2 pearl onions or shallots, 1 teaspoon salt and a little jaggery are also needed.
Boil the herbs, lentils, rice and wheat in a litre of water. When the rice, lentils and wheat appear cooked add both the milk and coconut milk. Simmer on low heat for about 5 minutes. Next add the salt and jiggery, and stir well to combine. To finish, heat ghee in a pan and sauté the chopped shallots to a golden brown colour. Pour this tempering over the kanji. Those who suffer from high cholesterol can use coconut oil instead of ghee. This gruel is considered as health tonic and is very effective for removing general fatigue. It may be taken either early in the morning in empty stomach, or at the night time as dinner, or both times if possible, for a minimum of seven days continuously. The course can be continued in multiples of 7 days, till 28 days.