Ajay Menon, a web and graphic designer by profession, met his true passion in photography when he started traveling around Kerala, where nature is at its best. Working on frames and colors, nature and life, he started observing how things could be presented better, could be captured better, without losing its real essence, in a way of his own. Passion led into action and this is what he is now- an amazing and unique artist who has an eye for detail. He makes eyes sparkle with his art, translation from the click of the shutter to a finished image.

Ajay is one of the 'spirits' of Cafe Papaya. Cafe Papaya is about Music, Movies and Mocha (mocha stands for coffee) in the same order of priority. There is a serious intention behind the Cafe to create a culture that is more open to music and movies and to share the perspectives that we have gained by being open to the new. 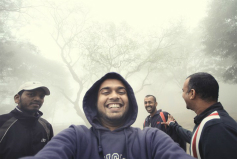 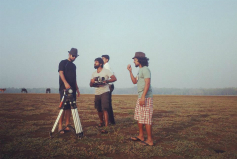 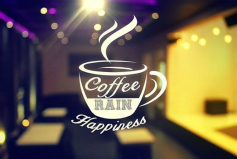 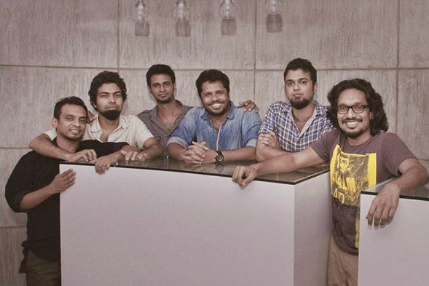 Cafe Papaya is a brainchild born of a decade-long friendship between Aashiq, Ajay and Jithu. They shared a common love for good films and music. “For a year now, we’ve been thinking of a place where quality work in all three could come together; and that’s how Cafe Papaya came about,” says Ajay.

Are you a person interested in movies, music and coffee? Are you in search of a suitable place to hang out with the aforementioned three?

Then Cafe Papaya here beckons you to its ambience filled with music and the good scent of a freshly brewed coffee. It is a joint venture of OPM Cinemas, owned by popular director Ashiq Abu, and Papaya Media.

Cafe Papaya is a brainchild born of a decade-long friendship between Aashiq, Ajay and Jithu. They shared a common love for good films and music, and as Aashiq’s Salt and Pepper should tell you, they loved to eat. “For a year now, we’ve been thinking of a place where quality work in all three could come together; and that’s how Cafe Papaya came about,” says Ajay, whose team at Papaya Media Designs handles the hub’s daily functioning.

Cafe Papaya’s philosophy believes in not just performances that exhibit the artistes’ work but interactions that reveal his/her creative process. “It’s not often that you get musicians and filmmakers to tell you how they make what they do. So we want to host masterclasses such as a drum or a guitar clinic so that people can learn from the people we bring. Most live shows or film screenings will also be followed by conversations with the artiste,” says Harshad Ali from Papaya Media.

For company, there’s some fantastic coffee and a menu of short eats put together by French Toast’s Ayaz Salim. “We’ve had a lot of support from people such as Aparna Nair, Rima Kallingal, Dan Jose, Anil Johnson, John Thomas and Rex Vijayan. We don’t want to take on too many projects at once though,” says Ajay. “The ones we do, we’d like to do well.”

Cafe Papaya believes in not just the artistes’ work but interactions that reveal his/her creative process!