SwaSwara is located on the western coast of India, popularly known as the ‘Konkan’ coast in the state of Karnataka in South India. Set a little away from the village of Gokarna, nestling amidst rolling hills and lined by serene coconut palms are 24 villas inspired by the homesteads, tradition and craft of the Uttara Karnataka region.

We live unaware of the inner sound of our being, drowned out as it is, by the din of daily life. Only when everything else quiets down and we are at peace can we hear it. That's why we've made sure, that the shouts of the modern world die down to whispers, at SwaSwara. The inner voice of the Self. That echoes on a fabled beach, shaped like the very first sound of creation, Om. A perfect setting, for communion of mind and body. Come, say hello to the song and celebration within you. 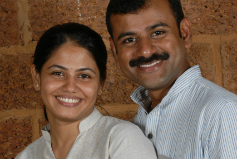 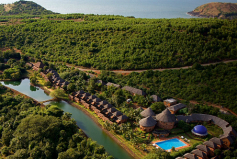 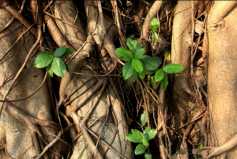 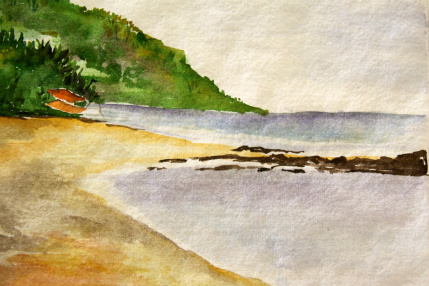 Gokarna is a capital of ancient Indian mythology, a growing leisure destination and symbolic coastal landscape as yet undiscovered by most of the world. 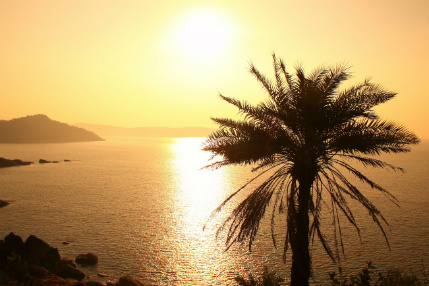 Gokarna is famous for four beaches Kudlee Beach, followed by Om Beach, Half Moon Beach and the secluded Paradise Beach. 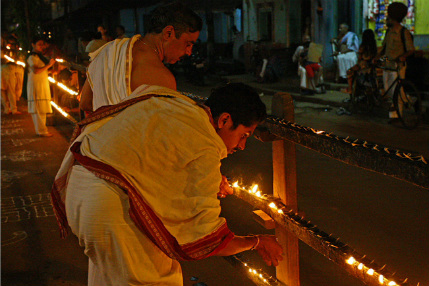 You can still find deeply religious traditions in Gokarna as town is a seat of religious practice with many sacred temples and priests following some of the ancient Hindu traditions. 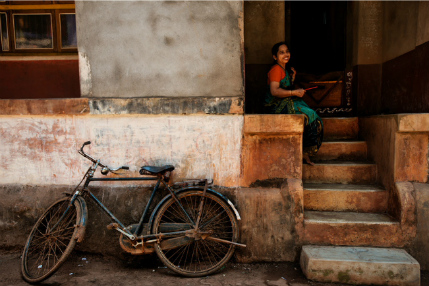 Gokarna is a town of contrasts, as it is a temple town and also a holiday destination by the sea, full of coconut and palm trees, blue seas and clean sands. 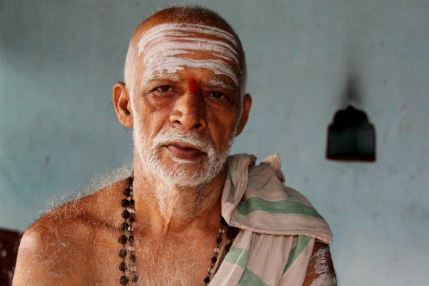 The main Gokarna's deity is Lord Mahabhaleshwara (Maha: great, bal: strength), a form of the Hindu God Shiva. Its temple houses the 'Atmalinga'. Named so after Ravana referred to the linga's great strength. 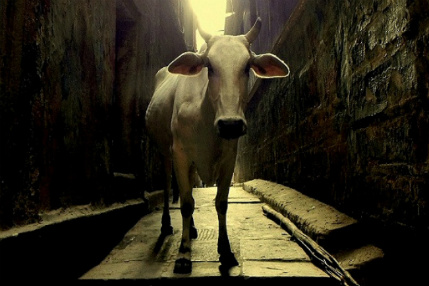 Gokarna means Cow's Ear. It is believed that Lord Shiva emerged from the ear of a cow (Prithvi, the Mother Earth) here. It is also located at the ear-shaped confluence of two rivers Gangavali and Aghanashini.

Gokarna is a capital of ancient Indian mythology, a growing leisure destination and symbolic coastal landscape as yet undiscovered by most of the world.

Gokarna means Cow's Ear. It is believed that Lord Shiva emerged from the ear of a cow (Prithvi, the Mother Earth) here. It is also located at the ear-shaped confluence of two rivers Gangavali and Aghanashini. It is a small and remote holy town, with four of India's most secluded and pristine beaches nestled nearby. It draws both pious pilgrims and hedonistic holiday makers with equal enthusiasm. Travel to Gokarna to get a feel for what Goa was like in its heyday, although time is limited as developers are already seeing the potential of this area.

As Gokarna is one of the most sacred holy towns for Hindus in south India, there are also some important temples to see. Unfortunately, they're off limits to non-Hindus but you can grab a glimpse inside. The Mahabaleshwar Temple houses a huge lingam (symbol) of Lord Shiva. Make sure you check out the huge chariots near the Ganpati Temple, which carry a Shiva idol through the streets while people throw bananas at it for good luck during the Shivaratri Festival in February/ March.

Gokarna town has it's own beach that's popular with pilgrims. However, the beaches that are of most interest to tourists are located one after another a short distance away. There are four of them called Kudle Beach, Om Beach, Halfmoon Beach, and Paradise Beach. Each has its own appeal. Om Beach is the most happening beach, and is the only one that's reachable by car or rickshaw. The others are around a 20 minute hike away from each other through the hills and over rocks, or a short boat ride away. The last beach, Paradise Beach, is not much more than a tiny protected cove that's a patch of hippie paradise.

Location: Gokarna is located in the state of Karnataka, an hour south of the Goa border. It's around 450 kilometers from Bangalore, the state capital.