Can there be a royal road to deep healing? We believe there can. Kalari Kovilakom is the Palace for Ayurveda, perhaps the first and only one of its kind. It offers intensive programmes in wellness based this ancient Indian science. And it offers them in a magnificent palatial setting that took years of restoration to create. Yet, Kalari Kovilakom gives you something infinitely more valuable. A chance to begin your life all over again.

At Kalari, every therapy is personal. Our treatments are individually developed for you by our doctors, often combined with yoga and other methods to provide deep-seated, lasting change  from within. There are no game rooms, no shopping expeditions, no television sets. The evenings are alive with chanting and hymns, unsullied by the sounds of the city. You are in a space like no other on earth that we know of. 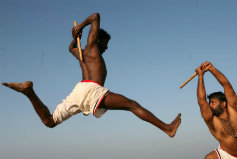 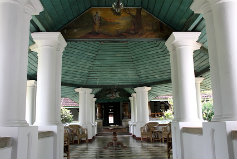 THE PALACE OF AYURVEDA
STYLE to experience 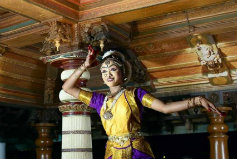 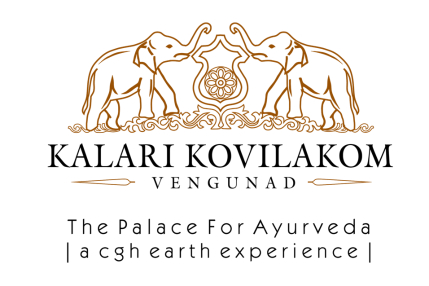 The palace of ayurveda

"The real voyage of discovery lies not in seeking new places but in having new eyes." 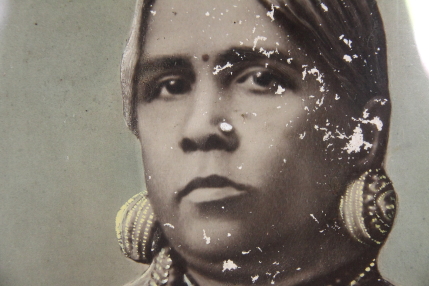 The palace of ayurveda

The Princess Dhatri in her later years, looking as determined as ever.

THE PALACE OF AYURVEDA

Can there be a royal road to deep healing? We believe there can. Kalari Kovilakom is the Palace for Ayurveda, perhaps the first and only one of its kind.

The Palace for Ayurveda originated in a royal lady's protest.

By the closing years of the 19th century, the old kingdom of Vengunad (part of central Kerala's Malabar region) had become a loose affiliation, ruled by quarrelling chieftans. they were all joined by blood, separated by discontent and had vastly varying degrees of loyalty to the British East India company.

The pleasant little town of Kollengode, in the Annamalai foothills, had by now it's own Raja (King) who held title to the crescent of fertile farmlands beyond. By all accounts, he had a wasteful and arrogant temperament.

When his niece, Dhatri, at age 20, become the senior lady of Kollengode, she wanted what most people of that age want. A little space. And so,Kalari Kovilakom was born, as a reaction to her uncle's tyranny. Here was a place of seclusion and serene vistas, where the daughters of the family could grow, away from the whims and vagaries of kings. The palace (or 'kovilakom') that Dhatri built came to be known as 'Kalari', because it was built on a site that contained a ritual space for 'Kalari Payattu', Kerala's ancient martial art, still practised on the grounds.

Kalari was to become a stately home with a difference, full of lamplight, clatter and laughter. In its heyday, it took an army of storekeepers, cooks, valets, gardeners, footmen and maids to keep its kitchens bubbling, its wooden pillars gleaming and its arms wide in welcome.

Kalari played host to the leading artists, musicians, dancers and philosophers of the day. Kathakali dance and Carnatic music were inseparable from life here, for the young of the family were all encouraged to take up at least one art form.

Old timers still tell of stories they heard from their own grandfathers on stormy nights. Tales of a time when the legendary ancestral spirit of Kalari Kovilakom strode through its corridors, lamp in hand, to reassure himself that all was well within its walls.

It's been many moons since anyone has heard the clack- clack of ×Shaktan Thamburan's wooden sandals echoing on the flagstones. But those who love an old-fashioned ghost story can even now see an image of the old king, watching over his people from his little niche in the central courtyard. On new moon days, the tiny image is still given a ritual bath with an offering of flowers.